Born in Churchill, Manitoba to Métis parents, Norman Dupas and Lorette Corbel, Michel Joseph Louis Dupas and his family were like pioneers in the 60s.  With no running water or indoor washroom in the early days of growing up in Churchill, he and his siblings recall many stories of family gatherings in the kitchen, playing cards, playing music, dancing and of course traditional food. Today, Michel’s passion for food runs deep from those early days and what his mother taught him about cooking. From that passion, Moon Gate Artisan Bakery was born.

Michel is rediscovering his indigenous ancestry, which he traces to a Métis community in the Red River Valley in the 1700s.

Born in Brandon, Manitoba to French and Métis parents, Peter Roy and Yvonne Prost, Ganine (Jenny) Lynn Roy and her family were like gypsies and lived in many communities in Manitoba, Saskatchewan and BC before settling in The Pas, Manitoba. Growing up in the 60s and 70s in a big family always meant lots of family gatherings where the kitchen was central to any celebration.  Jenny’s hospitable nature and attention to detail, will make your stay at Moon Gate a memorable one.

Jenny has been gifted the role of lodge-keeper and welcomes you to join in ceremony through connecting with Mother Earth, Grandfather Sun, Grandmother Moon and Father Sky.

With a focus on building a harmonious community, many friendships have been developed with healers, chefs, artists, organic farmers, musicians, scientists and anyone who has the desire to make the Earth a better place to live. Welcome to our community. 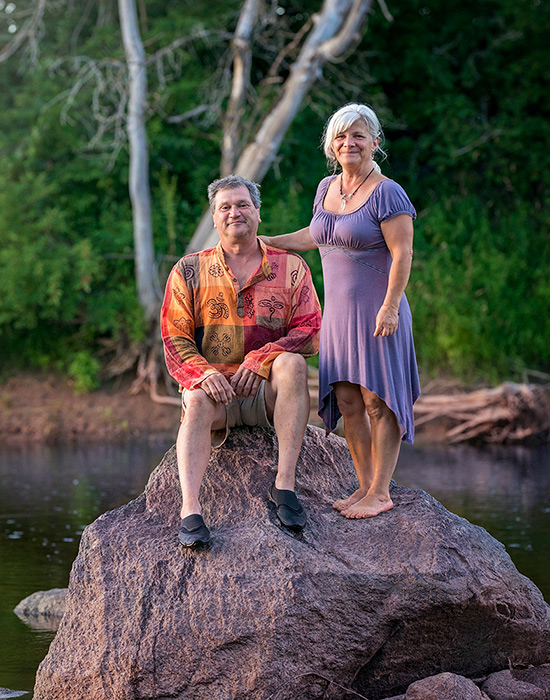 Connect with what matters most at Moon Gate

A Part of Our History 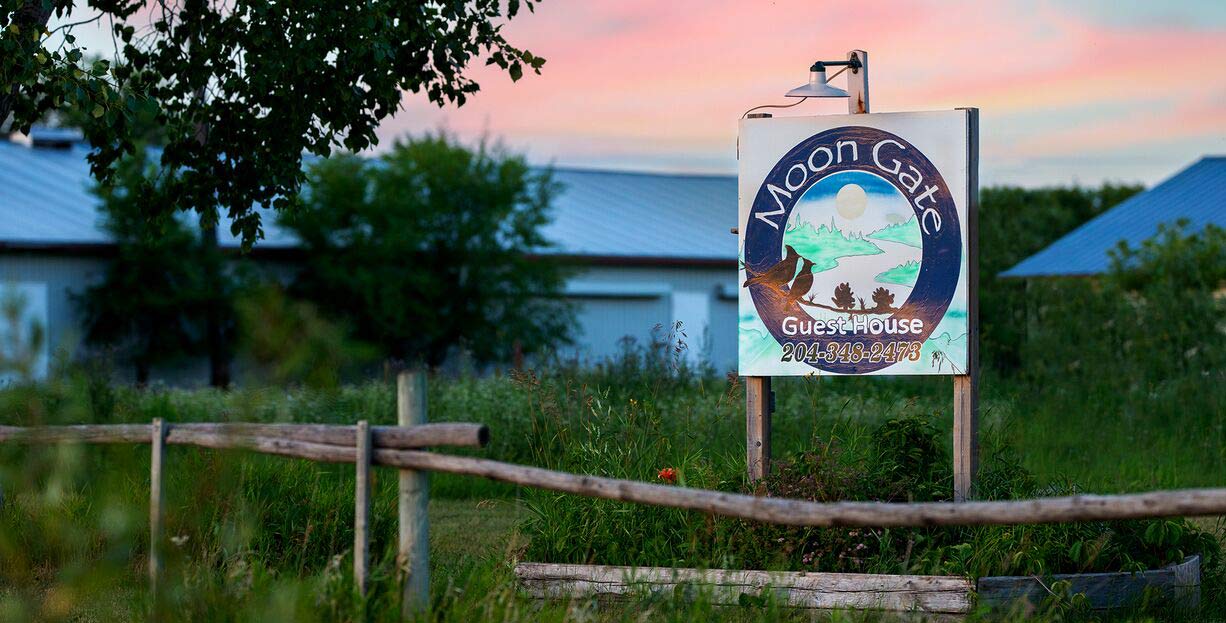 Moon Gate is located in the Whitemouth River Valley on a country road that follows the bends in the Whitemouth River between Elma and Whitemouth. Historically, the guest house was an egg grading station in the 1970s. Egg farmers from all around brought their eggs here to be processed before shipping to the consumer. Many old-timers recall being employed by Whiteshell Eggs and have shared their stories of working in this happy place.

The repurposed materials sauna built from a 1930s half-log siding kit from Simpson Sears that came from the Whiteshell is one of a kind. We’ve added personal touches like Whitemouth River driftwood for the door handles, a salvaged piece of 2×4 worn by the river for towel hooks and an old #5 crock for the water.

For a brief time, the building was a tongue depressor and wooden stir stick factory. This historic multi-use building is now a destination for music, food and cultural ceremony and events.